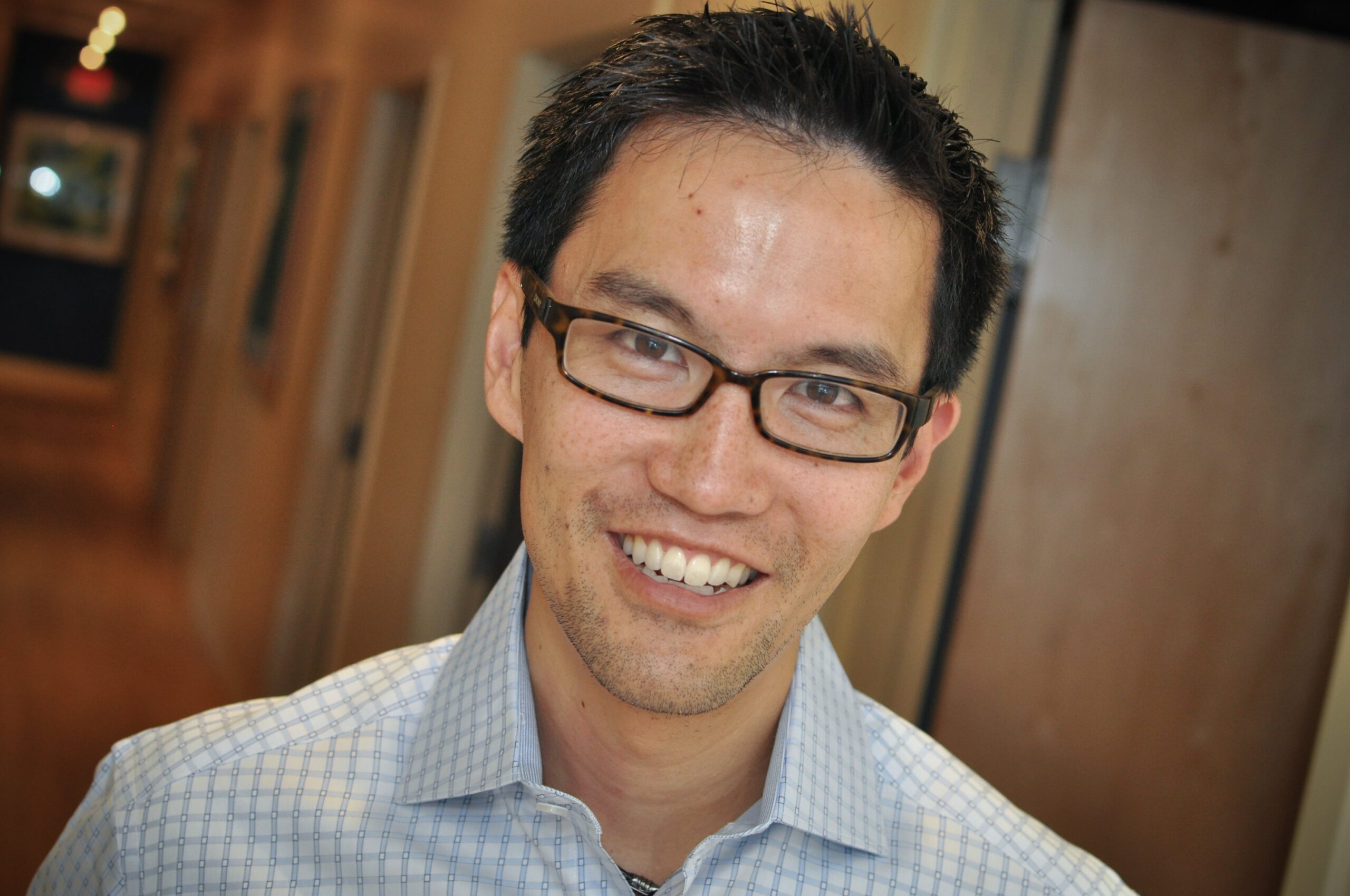 This site is intended to help answer the question, “Who is Mark Su, MD, as both a professional and as a person?”  Whether you might be a prospective patient, an organization looking to fulfill a need, a potential business collaborator, or a professional clinical colleague, this “online resume+” profile should provide you meaningful initial insight as to his body of professional work and his character.  Feel free to submit any questions or inquiries in the Contact section below!  Peace and health to you, your family, and/or your organization!

Mark Su, MD was born to hard-working parents who immigrated from China and Taiwan and embody the spirit of sacrifice and service to others. He was raised in Indiana with mid-western values such as humility, honesty, integrity, and treating others as you want to be treated. Mark was Valedictorian of his high school class and had multiple leadership experiences during college at Cornell University. Upon completing medical school, Dr. Su was the Academic Chief Resident at Tufts University in Boston and received the national Mead-Johnson Award for outstanding scholastic performance in a Family Medicine residency. He has practiced medicine in the north shore of Massachusetts since 2003, caring for patients in both a primary care setting as well as in functional medicine consultation for chronic complex illnesses, including Lyme/tickborne disease and CIRS/mycotoxin illness. He is on an continual quest to learn more, in order to help patients more effectively, always seeking the root cause of others’ conditions.

Ξ  The 4 Strongest, Summary Descriptors of Mark Su, MD (from the video above):
Authentic – “organic”: derived from natural root origins; home-grown; the opposite of pretense; not fabricated
Ambitious – “driven”: continually in motion; on a perpetual quest; never settling
Narrator – “story teller”: seeking to understand, interpret, and narrate life’s experiences, esp. helping to explain the “why” in patients’ chronic condition health journeys
Empath – “highly emotionally aware”: inherently embedded with an acute sensitivity towards others’ feelings, thoughts, and energies, frequently helping to create stronger connections when interacting with others

∴ Core Values:  what does Mark Su, MD stand for most above all else?
-RESPECT
-Justice
-Equality
-Work ethic
-Advocating for those marginalized in society

¥ Insider’s Info: a deeper look at who is Mark Su, MD?
-Communications: holds great value in understanding others, and detests being misunderstood
-Inquisitive/curious: constantly asking the question, “why?” and “how?”
-Many perspectives to stories: highly important to gather as accurate of info as possible; furthermore, such info is usually only one party’s interpretation of an experience
-Critical analysis thinker: detail oriented
-Leading by example: I intend to practice what I preach, or don’t preach it
-Type A personality, but longing to be more type B
-Historically an INFJ by Myers & Briggs personality testing
-Both meaningfully left and right brained, simultaneously
-Others-serving and others-giving, to a fault
-Compromising, reconciling
-“An old soul” for his given age
-Highly engaging with others in smaller settings (1-2 other people), but more wallflower-like in larger settings: a wide dichotomy of perceived vulnerability
-Measured
-Seeks continuous personal growth
-Grounded, humble, down to earth
-Lover of behavioral health – a conviction that this is vital to understanding decision-making processes for any given person (the “why”)
-Creator of safe places for patients to be vulnerable, to share, and to engage

Other Community Involvement, Collectively Over the Years:

Some Favorite Books:
-The Autobiography of Martin Luther King, Jr (Clayborne Carson)
-The Five Fingers (Gayle Rivers, James Hudson)
-Blue Like Jazz (Donald Miller)
-A Generous Orthodoxy (Brian McLaren)
-When People are Big and God is Small (Ed Welch)
-Not All of Us are Saints (David Hilfiker, MD)
-More Than a Carpenter (Josh McDowell)
-Men and Women: The Journey of Spiritual Transformation (Richard Rohr – audio)

-“Five years in Saigon, and my best friend is a V.C…. This will NOT look good on a resume!”   – Robin Williams, in “Good Morning Vietnam!”

-“To find yourself, think for yourself.”   – Socrates

-“You’re not talking about justice, you’re talking about revenge.  [Bruce Wayne: “Sometimes they’re the same.”]  No, they’re never the same, Bruce.  Justice is about harmony; revenge is about you making yourself feel better.”    – Rachel Dawes, in “Batman Begins”

“You always fear what you don’t understand.”    – Carmine Falcone, in “Batman Begins”

“Your compassion is a weakness your enemies will not share.” … “That’s why it’s so important – it separates us from them.”    – R’as al Ghul and Bruce Wayne, in “Batman Begins”

“It’s not who you are underneath – it’s what you do that defines you.”    – Rachel Dawes, in “Batman Begins”

“A vigilante is just a man lost in the scramble for his own gratification. He can be destroyed, or locked up. But if you make yourself more than just a man, if you devote yourself to an ideal, and if they can’t stop you, then you become something else entirely... A legend, Mr. Wayne.  A legend.”    – R’as al Ghul, in “Batman Begins”

“What you really fear is inside yourself. You fear your own power. You fear your anger, the drive to do great or terrible things.”    – R’as al Ghul, in “Batman Begins”

“You have learned to bury your guilt with anger. I will teach you to confront it and to face the truth.”    – R’as al Ghul, in “Batman Begins”

“They told me there was nothing out there, nothing to fear. But the night my parents were murdered I caught a glimpse of something. I’ve looked for it ever since. I went around the world, searched in all the shadows. And there is something out there in the darkness, something terrifying, something that will not stop until it gets revenge… Me.”    – Bruce Wayne, in “Batman Begins”

“If you can’t spot the sucker in your first half hour at the table, then *you are* the sucker.”    – Matt Damon, in “Rounders”

“You don’t gamble, you grind it out… [but] if you’re too careful, your whole life can become a f*cking grind.”    – Matt Damon, in “Rounders”

“You cannot keep yourself pure just by moving on every time someone disappoints you.  You think people in one town over are going to be any better?  No!  Human nature – it’s surprisingly universal, and it’s universally disappointing… So you might as well stay, and fight – the – fight, Bradley Jackson.”    – Billy Crudup to Reese Witherspoon, in “The Morning Show” (S1, E10)

“Norm, I’m just trying to explain to my class, that acting is really an extension of living. It’s how we explore what it is to be human.”
“Bullsh*t! You know what it’s like to be human?  Is that something you want to know?  Fine, I’ll tell you.  It hurts to be human.  It hurts like hell.  And all the exploring doesn’t make that hurt go away, because being human, and being hurt, are the same damn thing!”    – Michael Douglas (Sandy Kominsky) and Alan Arkin (Norman Newlander), in “The Kominsky Method”

“The music is not in the notes, but in the silence in between.”    – Wolfgang Amadeus Mozart

“Diversity is attending a party; Inclusion is being a contributing member of the party-planning committee.”    – Daniel Juday

“You don’t get invited to the party to become relevant. You’re invited because you are relevant.”    – Kathleen Parker (The Washington Post)

“When the student is ready, the teacher will appear.”    – Buddha, or Tao Te Ching

“Vengeance is a lazy form of grief.”    – Nicole Kidman, in “The Interpreter”

“The greater the resistance, the clearer the direction.”    – Christine Flaherty, PhD

“There is a vast difference between being stuck in a tiny cell… and being in prison.”        – Clive Owen, in “Inside Man”

“When I heard about what had happened, your situation, the only thing I could think about was the four of them. I thought about how much they mean to me, about how bad it would hurt if… well if I was to lose them. Then I thought about a team, and a school, and a town that’s gotta be hurtin’ real bad.  And I thought, hell, maybe I could help.”    – Matthew McConaughey, as coach Jack Legyel, in “We Are Marshall”

I grew up with tennis as my only real focus, and continued that through my early professional working years. But as doubles was more common for adult leagues, I found it less of a workout, and my dominant shoulder was becoming problematic.

I shot around the basketball gyms on my own an awful lot starting in college, but never grew up with it or played any organizational ball save for 3rd and 4th grade PTA. But it’s become my love and passion by far, esp. ever since my early working years. I’ve been attending the Never Too Late camps (www.nevertoolate.com) since 2013 or so, and it’s one of my most favorite weekends of the year, by far. I continue to want to grow and improve my skills, and it’s a great workout, without being excessively pounding on my joints like tennis tended to be.

My college apartment-mate got me into lifting weights my sophomore year at Cornell, and I’ve never looked back. It’s a religious routine for me, every week of the year save being on vacation.

During the COVID-19 pandemic times, when gyms were closed, I learned to enjoy jump roping. I will stay with that whenever I can’t play basketball or as I get older. It’s a very efficient form of exercise!

I can imagine getting back into tennis some, or learning to enjoy racquetball, if the time comes that I can’t play basketball any longer. But that’s not for now.

I really can’t stand to run, just to run. It’s too boring for me. I’d rather just walk and meditate while doing so.

I’ve had no interest in golf, skiing, or water skiing. I can be a pretty good ping pong player if you give me a short bit of time to get back in the rhythm of it!

Memorable Places Visited:
-Alaska
-almost anywhere in the Caribbean
-Australia, New Zealand
-Zion National Park, Utah: a yearly trip with my oldest son
-singing in the most famous cathedrals in Europe
-the snow-capped mountains of Switzerland (but no, I don’t ski)
-Hawaii – during a month of residency training, delivering babies in a hospital in Honolulu
-Amsterdam
-Mayan ruins in Mexico – Chichen Itza, etc